The chair of the IOC Coordination Commission for the 2028 Olympics leads her first formal visit to Los Angeles.

Nicole Hoevertsz and a group from IOC headquarters in Lausanne will spend three days in Southern California for what’s labeled as the initial “Delivery Partners Meeting for the Los Angeles 2028 Olympic and Paralympic Games”.

Along with IOC Olympic Games Executive Director Christophe Dubi, Hoevertsz and the IOC team will meet with staff from the organizing committee to review the status of plans for the Games. LA 2028 chair Casey Wasserman leads the OCOG side.

Los Angeles was selected two years ago as the 2028 host in a combined decision of the IOC that awarded 2024 to Paris. The advanced choice for 2028 gives Los Angeles the longest ever timeline to prepare for the Games. But with two previous Olympics and a minimal construction budget, there are few doubts about the capability of Los Angeles,

“Things are going very well,” Hoevertsz tells Around the Rings in an early assessment of what she sees in LA. She and Dubi will hold a teleconference Oct. 10 for a public briefing on the visit.

Hoevertsz has been an IOC member in Aruba since 2006. Named as a member of the LA CoComm, she ascended to the chair following the death of Patrick Baumann a year ago. Baumann, Swiss IOC member suffered a fatal heart attack at the 2018 Youth Olympic Games in Buenos Aires.

Hoevertsz, 54, is a lawyer by education. Professionally she is counsel to the Aruba foreign affairs ministry as well as the Council of Ministers.

Sporting-wise, she may have been destined for the Los Angeles portfolio she now carries for the IOC. Los Angeles 1984 was the first of her two Olympics as a synchronized swimmer and coach. 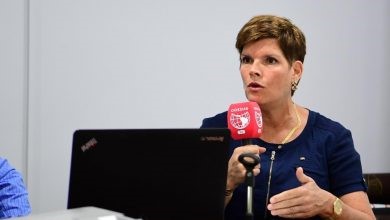 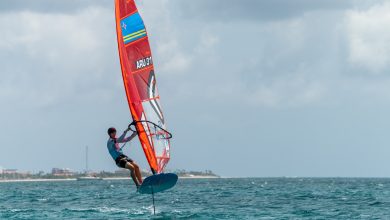 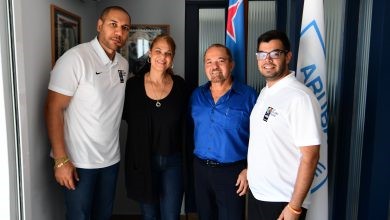 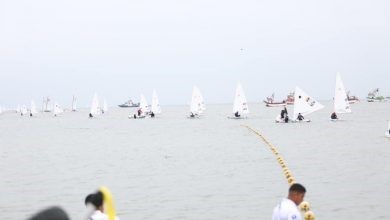